I have been back in Pennsylvania for about a week, and I look back fondly on the many unique experiences I had this summer abroad. When travelling around the Balkans, I was surprised by how welcoming the people were. The locals wanted to show me what made their cities special and to learn about America.

Working in another country has unexpected differences. One of the upsides of working in a relatively small company was the close relationships shared by the different departments. For example, if we needed to clarify or make changes to a design we were able to talk to the other departments in person. The collaborative energy was evident. Even though the work atmosphere was less rushed and stressed than how I’ve found it in America, everything was still finished on time. At the office, my coworkers were glad to have me around and liked to hear about the different plans I had for the...

I was planning to take the 9:30am bus from Sarajevo to Slavonski Brod, a border town on the Croatian side. From there I would take one of the frequently occuring buses to Osijek. I stopped by the University campus on the way to the station to meet Haris. He had taken the time to meet me before I left to give me my salary for the month of July, just in time. With my wallet full and my expectations high, I boarded the bus. It was going all the way to Zagreb but I would be getting off right after the border.

The first half of the ride was relatively uneventful as we traveled north through the Bosnian countryside. We stopped at a restaturant for people to use the bathroom, smoke, and buy snacks if necessary. The woman in front of me, who was aldo going to Slavonski Brod returned to her seat with  cold beer and a bottle of wine. I assumed the wine was a gift but I was...

The Bosnian Pyramid of the Sun

I boarded the 11:30am bus to Visoko. In my backpack I had my camera, a bottle of water and some snacks, which included pumpkin seeds and a few pitas. Having missed my morning kafa, I was tired and fell asleep in the short ride to the former center of the Bosnian medieval state. It is a small city, but one of the most densely populated areas in the Federation of Bosnia and Herzegovina, with almost 180 residents per square kilometer. The area is thought to have been inhabited as early as 4000BC because of the rivers that flow through the valley.

In October 2005, Semir “Sam” Osmanagic announced that he believed a number of the hills standing above Visoko were actually ancient pyramids that were 12,000 years old, with the largest being the Pyramid of the Sun. Since I had some free time, I decided to go check them out to see what the... 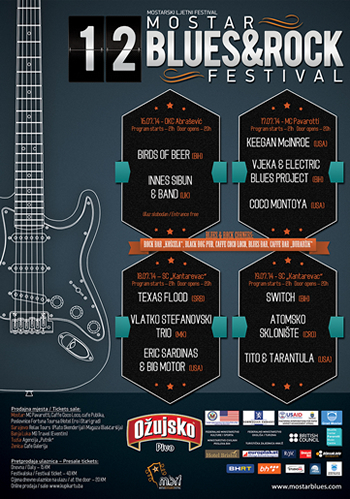 I left work around 1:30pm with plans to catch the 2:30 bus to Mostar. When I arrived at the station around 2:15, first I went to the information desk at the train station to see when the next train would be leaving. The train is cheaper and more comfortable than the bus but it only leaves at 7am and 7pm. I bought my bus ticket, headed through the gates, and boarded the waiting bus. Still tired from my previous weekend of festivities, I fell asleep as soon as we left the station. I woke up an hour later to find the bus full. A tall Bosnian man had sat next to me and he tried his best to keep his long limbs to himself but he inevitably bumped me when retrieving his newspapers from his bag. On the other commercial bus lines, the radio was usually played, but on this trip, the driver had a CD of some traditional music. The rhythm...

I woke up very early Thursday morning. I was excited for my trip to Serbia and the adrenaline helped me get out of bed. I had packed the night before so I didn’t have to worry about forgetting anything. I threw my brush in the bag, ate the rest of my cheerios and grabbed the garbage from my room to dispose of on my way out. I thought I had made a stealthy escape but as I left the building, I heard Paras call my name. He was standing on the balcony and wanted to make sure I had left my keys. We have two sets of keys to the apartment for three people, so while I was gone I was letting him use my set. The sun was just starting to rise and the quiet was broken only by the squawks of the crow-like birds. The songbirds rose with the sun and chirped relentlessly, announcing to all that were awake that it was morning.
image source 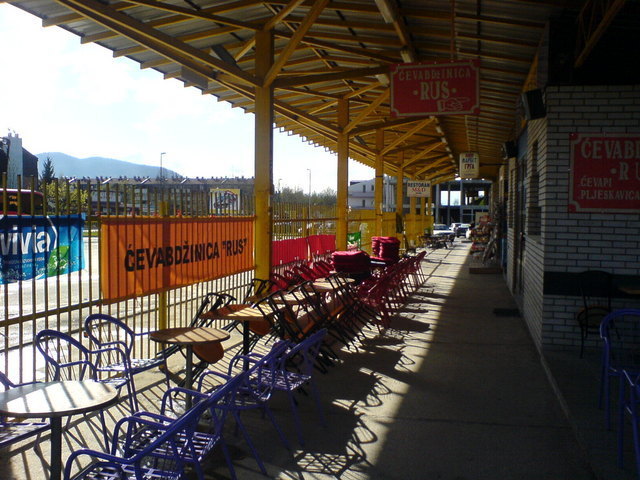 I arrived at the bus station a few...

For lunch on Friday, I tried something new. I got bread filled with melted cheese, smothered in a white, creamy sauce, sprinkled with sauteed mushrooms and topped off with a few thin slices of grilled chicken. Needless to say, it was delicious. I was dismissed from work early, and took the time to begin preparing for the Exit Festival next week. I was able to catch my friend online and we chatted for a bit about the holiday. 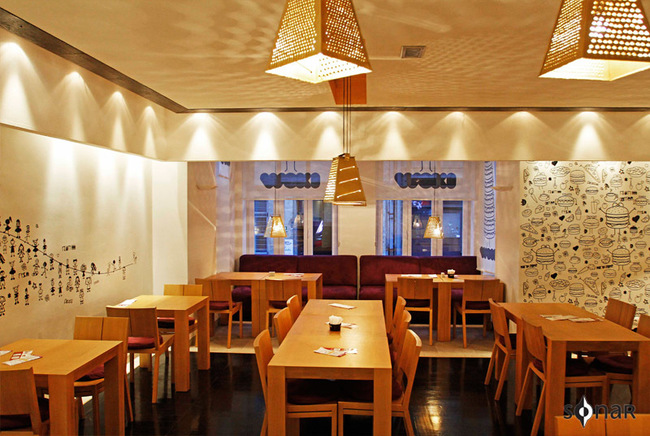 The [IAESTE](www.iaeste.org/) members had organized a dinner for us that evening. We were all to meet in front of [BBI](bbicentar.ba/eng/) around 8pm. Then we walked a few blocks to a delightful little restaurant named Woki. The walls were covered in food themed cartoon characters, such as pizza slices with arms and hamburgers with eyes. The lights were large, gold cheese graters. We waited until it was time for...

During our afternoon coffee break, Drina told me about different summer events in the Balkans. After helping me research a few of them, we found out that I will be here during the Exit Festival. The Exit Festival takes place in Novi Sad, Serbia from Thursday to Sunday, July 10-13. The Exit Festival is held in the Petrovaradin Fortress on the Danube River. The Bosnian website said that ticket packages including camping reservations and bus tickets could be bought for 200km at a hipster cafe called The Kriterion down in the Stari Grad. 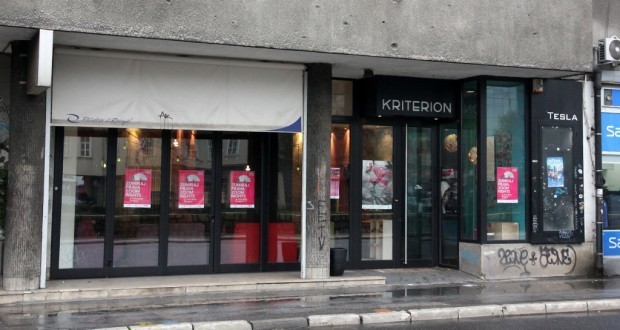 imagesource
After work I headed down to buy a ticket and after a little wandering I found the place. When I asked them about the tickets, they informed me that I had to be a Bosnian citizen to buy the ticket there and would have to get one online. Unfortunately, the online tickets did not come in the same package deal and were twice...

It has been brought to my attention that most of my readers are unaware of the links that I put in my blog posts. I make the names of places, events, and important people into links that will direct the reader to a web page with more information about the topic. When the mouse cursor is on top of a link, the words become underlined.
Also, to navigate back to the “dashboard” from a post, click on my name at the top or bottom of the post.

For lunch on Thursday we went to Panera again and this time I tried the meatballs and mashed potatoes. They were very satisfying. After work, I had a few Skype calls scheduled.

On Friday, the internet was not down again at work. We ordered lunch from a restaurant called Mrkva. I have visited it a few times in the Stari Grad for their delicious ćevapčići but this time we ordered burek. I ordered the sirnica, which is filled with cottage cheese instead of meat. At 1pm, I was dismissed early. It had finally stopped raining and the sun had come out. Once I got home, I decided to use my extra time to fix the toilet. It wasn’t broken but it had been running constantly for the past couple of days. I had planned to check out some live music at the [Underground](www.facebook.com/undergroundclubsarajevo) but by the time 9pm came...

On Thursday, the internet at work was not cooperating for the majority of the day. My coworkers worked around this by using USB drives to transfer files back and forth. In the afternoon, IT came by and installed the printer drivers on my computer so I would have the ability to print. Instead of taking the tram home, Dinka gave Amer and me a ride because we both live on her way home. She dropped me off in front of the main post office in the Stari Grad. It is across the river from the Art Institute. 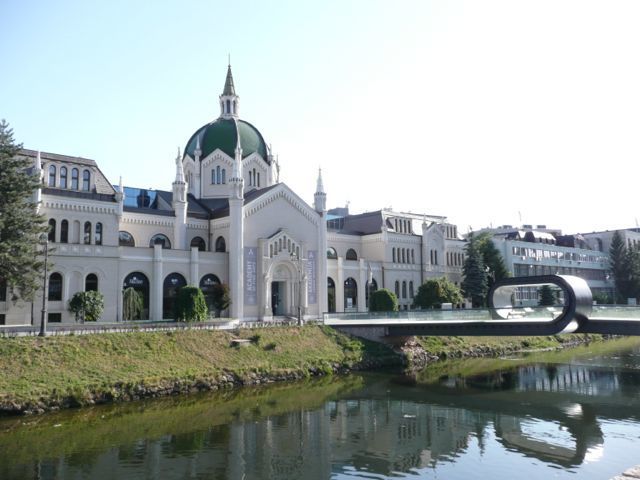 The art institute is in a magnificent building with a fun, looping bridge. image source

I mailed my postcards to my friends in the United States and was surprised to find that postage costs more than the postcards themselves, but they had a long journey ahead of them. 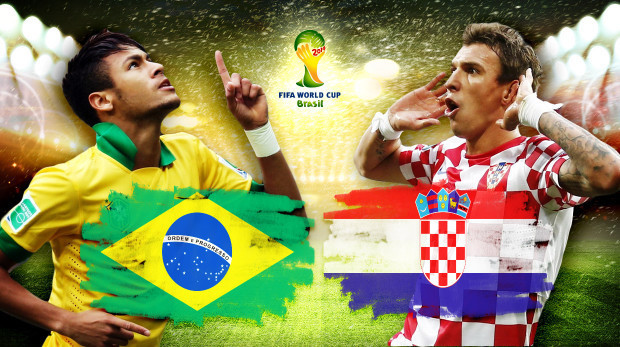 Thursday evening was the beginning of the World Cup. Brazil was set...